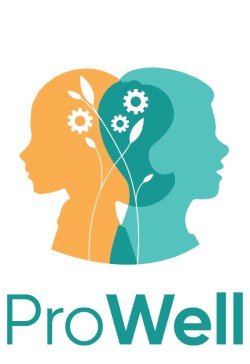 Please analyse the real case scenario and conduct risk-assessment analysis by answering the questions in the table.

Warning – the following content includes descriptions of violence and war experiences that might be disturbing for some people. The activity is not mandatory and can be skipped.

I grew up with both my parents. I have younger sister and brother. My mother was young and I loved her a lot. I was her first-born and her favourite. She even told me so. My father was hard working. He had a shop close by in the market. He would usually leave in the morning and return home in the evening. Sometimes when he came home, he played with us in the evening. We played football together. Those were good times. I do not know how old I was then; I just remember that I was very young… I don’t remember the year, but I was still young… It was early in the morning. A group of about 10 civilian men came to our house. They were armed with guns…I stood very near to my parents. I was so scared. Suddenly I heard the sound of bullets. One of the soldiers had started shooting. The moment I saw that he pulled the trigger and heard the first bullet, I panicked. I started running. I felt such great fear. I ran inside the house and tried to hide myself behind a door in one of the rooms. I was shivering, fearing, thinking, they will also come for me, they will come and kill me’. I still have a heart beat now, when I recall that moment. After some time it went quiet outside. I still stood behind the door, silent, not moving. After a while I slowly moved towards the window and peeped out. What I saw was terrible. My mother and my father had been hit by the bullets. They were both lying on the ground. My mother had fallen on top of my father. They both had blood on their clothes. My mother had blood on her face and her stomach. They were not moving anymore, they had died.

Until that day, I had never seen a dead person. I felt horror. I was so afraid of them, shocked by what I saw. I only thought of running away, leaving this place. I escaped through the back of the house and jumped over the fence. This was the last time I have seen my parents and also the last time I had been in our home. While fleeing, I joined strangers in the street. So many people were trying to flee. I simply ran with them. On the way, I met very many militia men dressed as army men. They told us to lie down on the ground. I started crying. The rest were silent. One of them knocked me with the butt of the gun on the soft part of my head. Then I kept quiet. They wanted to kill everyone…but let us go. People continued running, and when they reached their destination, they branched off from the road. It was night time by then. I was alone. I hated my life. I followed the road and finally fell asleep under a bush. I had given up about life by then. I felt like I had died as well. I knew about the danger of wild animals and lions, but I did not care…This is how I came to other town. I saw a group of people from my town and went to greet them. They took me in and I lived with them for a few weeks. They also showed me how to register as a refugee. I remember the day I came to Refugee Camp. I was so surprised how people can live in a place like this. I stayed with the one family for about two years in the camp. Finally, Red Cross helped me to build my own house, I was about 14 years then. Since then I live alone. I started going to school. I have learnt how to live by myself. No one can help me anyway. I have never heard about my brother and sister again. Whether they are still alive and if so, where I could find them. But now I am ready to look for them.

Before – war started and armed civilians were killing people across the country, family was at home, it happened in populated area, it happened several years ago;

During – parents were shot in front of their house while children were present;

After – child flee away from home and joined other refugees, child was physically abused by soldiers, child was situated in the refugee camp and one family took care of he/she, child is currently attending school, he/she lives alone in his/her house, he/she does not know where his/her sister and brother are

A structured interview model, called the BDA (before, during and after) model, is used to conduct risk-assessment interviews with both groups and individuals. Its purpose is not to eliminate or reduce post-traumatic reactions, but to allow the interviewer to identify those who may be at risk of developing psychological problems. The interview structure focuses on the individual’s perception of the event and their emotional and cognitive reactions to it (Onyut, Neuner, Schauer, Ertl, Odenwald, Schauer, & Elbert, 2005).

Please read the following real case scenarios and try to recognize the risk and protective factors for mental health difficulties in children in these examples.

Adam is eight years old and is in the second grade of elementary school. During the coronavirus pandemic, Adam’s grandmother with whom he shared a household became seriously ill and ended up in hospital. Adam often asked his parents about her and was worried about her health even after grandmother recovered and returned home. Due to the accumulated stress during the lockdown, Adam’s parents would often argue, and Adam heard many of their fights. Adam’s mother suffers from generalized anxiety disorder. During the pandemic, her symptoms worsened due to her mother’s hospitalization, and she was overwhelmed with worry and fear that something bad would happen to her family. Despite major changes at home, Adam maintained good grades at school. He has three friends with whom he hangs out and all of them train football twice a week. Football is a sport that Adam enjoys very much.

Lana is 15 years old. She lives in Croatia, in a town that was recently hit by a series of devastating earthquakes. As a result, Lana’s family had to move into temporary accommodation until their house was renovated. The family has financial difficulties because Lana’s father has not received a salary for several months. In her early school years, Lana had a hard time separating from her parents and was often worried that something bad might happen to them. Lately, Lana has been feeling sad and empty. Lana has a very good relationship with her mother and the two of them often talk about Lana’s feelings. Lana’s mother encouraged her to consult a school psychologist about her problems. Lana has been regularly attending counselling with her school psychologist for the last two months. The psychologist gives Lana support and understanding for the issues that bother her.

Please indicate which of the following risk and protective factors can be classified as individual; family; school, neighbourhood, and community; or health crisis and emergencies-specific factors.

Previous Topic
Back to Unit
Next Unit